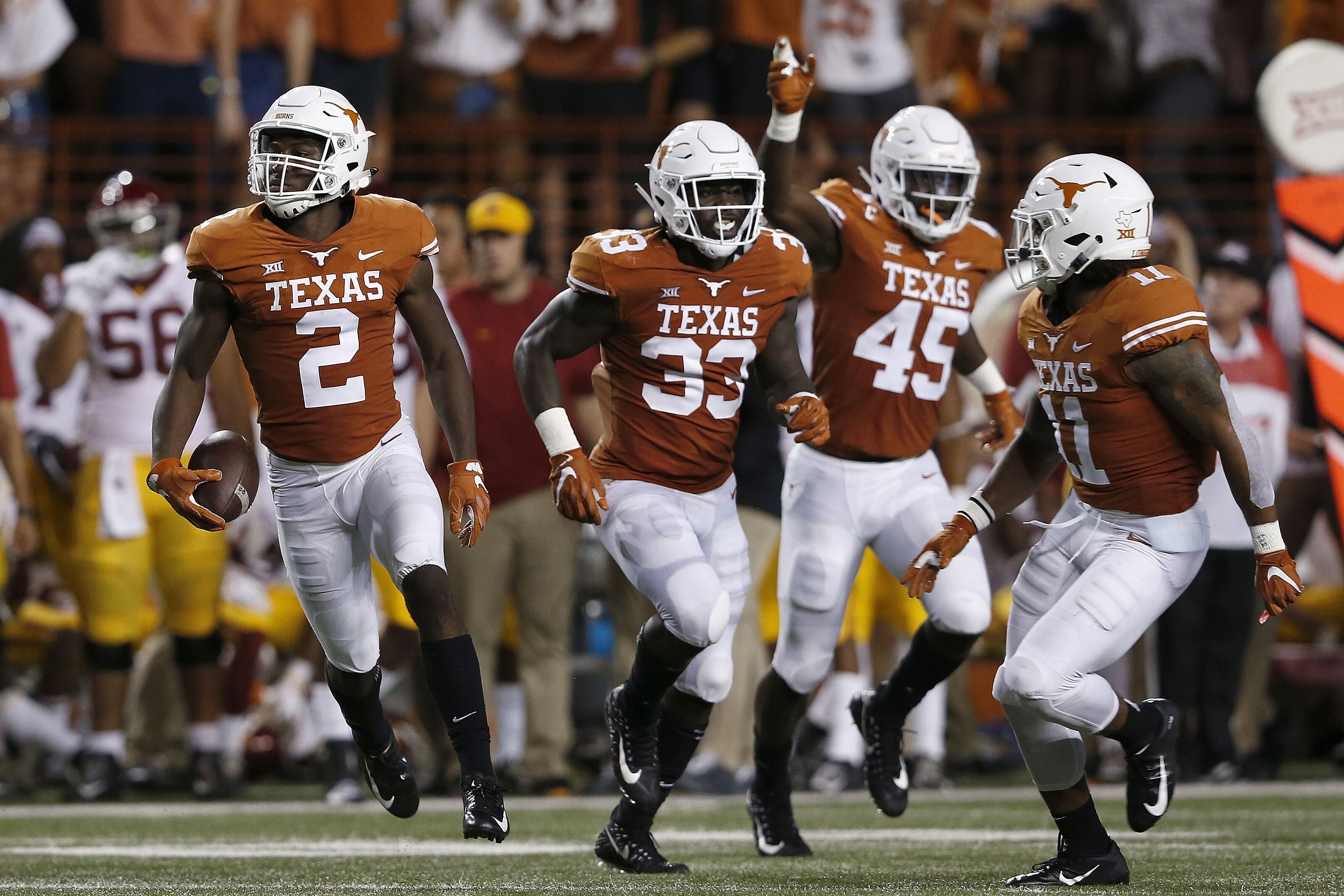 AUSTIN, TX – SEPTEMBER 15: Kris Boyd #2 of the Texas Longhorns celebrates with teammates after an interception in the first half against the USC Trojans at Darrell K Royal-Texas Memorial Stadium on September 15, 2018 in Austin, Texas. (Photo by Tim Warner/Getty Images)

Texas football recruiting got handed a nice opportunity to pickup a JUCO addition to the 2019 class in the wake of the Oklahoma decommit Jacoby Jones.

A key former commit of the Oklahoma Sooners is having a bigger impact on the recruiting trail than most had to anticipate. That former OU commit is a JUCO defensive end and current Texas football recruiting target Jacoby Jones. A huge new target re-emerges for head coach Tom Herman and his staff.

It’s always nice to see the Texas Longhorns outpace Oklahoma on the recruiting trail since it could beat its biggest rival on the field and off this year. Texas football recruiting had a higher ranked class than the Sooners for the 2018 cycle, which was ranked as the third best in the nation overall.

Picking up a commit like Jones would come at a great time since the Horns would only have to hold onto his pledge for a short period of time before he could sign officially. The time crunch on the recruiting trail right now is intensifying with how important the month of December became after the instillation of the Early Signing Period.

Oklahoma and Texas are neck and neck right now in the 2019 recruiting rankings. One commitment or decommitment for either team could dramatically adjust the rankings picture in the Big 12 and nationally. That’s what makes the pursuit of a prospect like Jones so important.